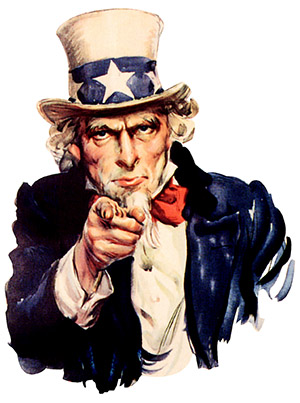 This is the second of a three-part series featuring Kyle Porter,  CEO of SalesLoft, and his Google Hangout On Air with our very own Conner Burt. Watch the entire video here or down below.

Conner: Tell me how you attract the people that have made SalesLoft so successful. You’ve mentioned culture, but talk about how you find the right people to help your business grow.

Kyle: My two co-founders that joined after the reboot, they were extremely integral to us making things happen, and they both came through community relationships in the Atlanta startup space.

I was actively blogging about the things that were going on with our business, actively blogging about looking for certain people, showing up at events, speaking when I could. Really getting heavily involved in the Atlanta startup community, hosting events—it’s about that. We can attribute a lot of our recruiting success to just being involved in the community and really taking a “give-first” mentality to building the startup community.

After that, it’s about meeting people through your network. You know, our first sales hire was a gentleman that worked at Pardot, which was David’s previous company. So, we had some experience with him and knew his skill set, and in fact, had built some of our early prototypes around his process. So, it was a natural step for us to take.

Then, other employees have mostly been referrals, but there is a cool story about a lady named Katie who came to join us. She was in Miami and we had a tweet out there saying “We’re looking for a client success manager and this person really needs to care about our customers and show customer love.”

So, one day, me and Tim Dorr, who is one of the cofounders, got a tweet, and it was from Katie. It said “@Kyle @Tim heard you’re looking for customer success hero… found her,” and it had like a little icon of a lady with her hand raised and arrows pointed at her.

So, we thought that was pretty cool, and it was probably two or three weeks later that she was on board to join us, and she actually moved from Miami to Atlanta.

So, couple different recruiting tragedies, but I say get involved in the community network, build relationships, have a great brand and culture, and talk about the things you’re doing to be transparent.

Come back next week for the third part of this series, and let us know your thoughts below!