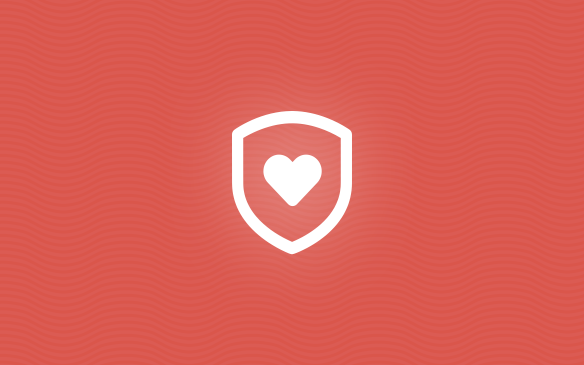 A few years ago, I was working on a project in a programming language in which I had limited experience. I like a good challenge, so I jumped in. I was deep in the code and feeling a bit overwhelmed.

As I finished up, I checked my gleaming code multiple times and sent it off for review. After a few hours, I received the following feedback from my colleague: “Did you test it?”

Ouch. For me, few things strike a lower blow than this. Of course I had tested it. I had thoroughly obsessed over it. I had followed the developer standard of writing efficient and highly organized, as well as, tested code.

My colleague was responding to me as if I were ignoring my most basic responsibilities as a team member. My mistakes at that time stemmed from being new to the language. I couldn’t see all the pitfalls related to that portion of code, but my colleague’s response made me feel totally incompetent instead of just new. This tone continued throughout the review: “This will never work.”

Now it was feeling personal. Why won’t it work? What does that mean? Is he questioning my skill set? My mind raced with questions as I began to feel defeated. The project I had worked so hard on had been beaten down with little regard to my effort. Needless to say, I had to take a long break before coming back to my desk. I tell this story not to complain or seek a plea of sympathy but to give an example that’s all too commonly accepted in the development community and greater professional world.

I refer to this kind of feedback as destructive criticism. Anything that intentionally (or unintentionally) cuts down or insults a teammate’s skill set or fails to communicate respect falls into this category.

Unfortunately, this type of criticism can happen a lot when left unchecked. Not sure if you have received destructive criticism? Here’s an easy test: This type of criticism personally attacks the individual, not the problem. If you’ve ever read feedback and felt like you’ve personally been insulted, you’ve probably been on the receiving end. It can feel toxic and harmful.

So am I saying as a developer you shouldn’t develop a thick skin? On the contrary, consistent and constructive feedback ensures professional growth while encouraging your team to produce the best product possible. But the way you critique and give feedback to coworkers determines how well your team works together.

Experts say destructive criticism does negatively affect personal performance. Robert Baron found that, “Those who received destructive criticism reported greater anger and tension and indicated that they would be more likely to handle future disagreements with the source through resistance or avoidance and less likely to handle disagreements through collaboration or compromise.” Without collaboration and constructive feedback, teamwork can become a struggle.

Providing feedback that educates is especially important with computer-related jobs. Just because I face a computer screen all day, doesn’t mean that I should communicate to my colleagues in the same impersonal manner. Treating your team members like human beings and not inanimate objects should be a goal to strive for (at least until the machines finally take over). At Lessonly, we call this approach to communication “Critiquing in Love.”

What is critiquing in love?

A constructive workplace builds up colleagues and creates an open environment for innovation. It promotes psychological safety, encourages and creates growth in your team, and communicates with respect and kindness toward colleagues. These pillars provide a great foundation to build trust within your team.

Lessonly enlists Critiquing in Love as one of our core values. We believe that this approach leads to empowered employees and higher team morale. Max, the man in charge, says, “Your teammates are trying their hardest to go from good to great. They are being brave in their quests, and if they are truly on a path to self-betterment, they are bound to make mistakes. There is nothing shameful about making mistakes.”

In doing this, we honor the effort and vulnerability of teammates who open themselves up to others for feedback. How a team member responds to this vulnerability proves equally important.

Why is this type of critique important?

Next, it improves the team relationship by creating a sense of psychological safety. When Google’s Project Aristotle studied what made their most successful teams tick, it found that those team members felt that they could make mistakes and be vulnerable with each other. We believe that Critiquing in Love can create this sense of support within our team.

Günsel and Açikgöz found that the value of emotionally sensitive practices “[affect] the speed to market and functionality of the new software products.” This translates to teams where members who understood each other’s feelings produced products faster and with greater functionality. The business world has caught onto how emotional sensitivity produces better outcomes for employees and the company as a whole. With results like this, what company wouldn’t want this?

Are you on board with the Critiquing in Love mindset? Think that this might be a great thing for your team to start using? In the next post, I’ll talk about the ways in which you can start implementing this practice with your team.

Bulk Assignments Made Easy
How Do We Actually Learn Things?