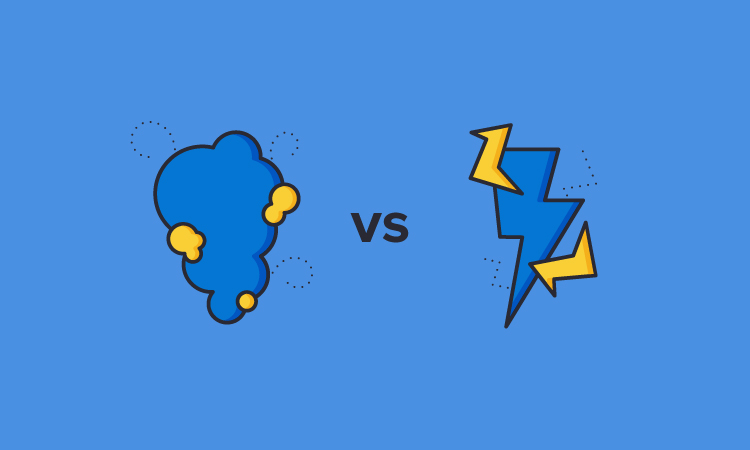 Consider the big technological advances that have shaped the world we live in today, like electricity and computing. You’d assume these inventions were immediately followed by exceptional leaps in productivity—but you’d be wrong. Humans only saw the productivity benefits of these inventions once we changed the way we thought about them.

Take the electric motor, for instance. It was invented in the 1880s, when the standard for factories was still the steam engine. For years, nobody seemed to care about the electric motor. At the turn of the century, electricity powered less than 5% of American factories. To say that electric motors were not a breakout success is being far too kind—they flopped off the starting block.

But we all know what happens next: Steam becomes obsolete, and electric reigns ever onward. What caused electric motors to go from the margins to mainstream?

If you listen to 50 Things that Made the Modern Economy, you already know this story. Economist and journalist Tim Harford does a great job explaining why electric motors took so long to bloom:

[When factories ran on steam} the mechanical power came from a single massive steam engine. The engine turned a central steel drive shaft that ran along the length of the factory… Subsidiary shafts connected via belts and gears drove hammers and punches and presses… If a single machine in the factory needed to run, the coal fires [for the single massive steam engine] needed to be fed.

Imagine having to turn on all the lights in a skyscraper just so Bill on the eighteenth floor could use his desk lamp. Not ideal. But that’s essentially how steam-engine factories worked. In hindsight, it is easy to see how inefficient this setup was—but it was all anyone had ever known. It’s hard to look through the filters of what you know and see what could be.

This is why the pioneering factory owners who ripped out their steam engines and replaced them with electric motors didn’t experience a significant increase in productivity: They didn’t change anything else about their factories. Again, Tim Harford explains this beautifully:

To take advantage of electricity, factory owners had to think in a very different way… Electricity allowed power to be delivered exactly where and when it was needed. So a factory could contain several smaller motors… every workbench could have its own machine tool with its own little electric motor.

In the old system, the steam-powered drive shaft limited the pace and design of the factory. Electricity freed factories to redesign entire the process, where workers set the pace.

A mindset shift was required to see the full value of electric motors, and it took awhile to take shape. But once it did, productivity went BOOM.

I am drawn to this story for two reasons:

Secondly, this story perfectly illustrates what I see happening in the LMS market today.

There’s the steam engine; lots of companies employ a legacy LMS to power their learning. More often than not, it just gets in the way of true learning:

Companies that use an LMS like this have arranged their learning infrastructure on a series of limitations and commonly-held norms.

Then there’s the electric motor. We purpose-built a solution that empowers companies to arrange their learning infrastructure around productivity. With Lessonly, frontline employees and teams create content that actually helps their fellow team members do their jobs. And it works.

Lessonly has empowered close to a million learners at over 450 companies to learn differently—and when they do, the productivity gains are exceptional.

But those teams are using a new strategy, not the old one—and that’s where some people get hung up. I frequently hear the pushback: “That’s just not how we’ve always done it.” I’m sure the folks selling electric motors were familiar with the phrase.

I know more people will come around. Good ideas don’t bloom on my time or yours—but eventually, with enough persistence, they cut through.