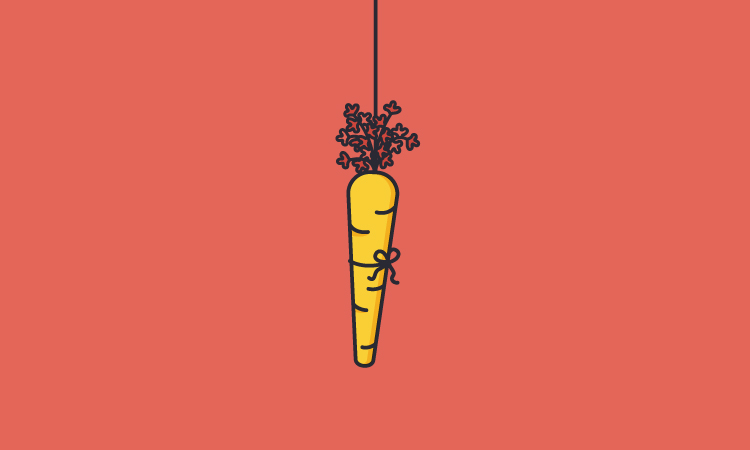 There are two critical concepts to get employees to buy-in to training: interest and incentive. Without interest, employees will find it hard to concentrate—and without incentive, they’ll find it hard to finish what they start. Finding a balance between learning content that interests employees while helping them learn is a delicate balance, but one that JoAnne Wallace knows well.

JoAnne wore many hats over her 25 years with the logistics titan CSX, but much of her work was in trucking operations and safety compliance. “I worked with management there in setting policy,” JoAnne says. “I also managed a group that would oversee the compliance for contract drivers, worked very closely with our legal team in writing contracts, and I was also involved and did training for defensive driving.” With a myriad of training responsibilities other than defensive driving, JoAnne found quickly that defining a learner’s incentive boosts overall engagement in the training program.

Role of incentives in employee training

Employee training and development has an unfortunate history. Traditionally, companies treated training as a measure to protect themselves from an employee’s mistakes, rather than an investment in the employee’s potential. As technology becomes ubiquitous and employees demand more professional development, organizations are feeling the pressure to develop programs that benefit the employee as much as the company.

According to Deloitte’s most recent Human Capital Trends Report, “the issue of improving employee careers and transforming corporate learning emerged as the second most important trend in our survey of business executives.” Companies around the world are beginning to understand the power of well-planned training program on a company’s bottom line.

Introducing incentives turned out to be an effective way for JoAnne and her team at CSX to motivate their fleet of drivers, often independent contractors, to invest the time and effort into training that would ultimately make them better at their job. As short-term incentives, JoAnne offered gifts, gift cards, and other prizes that drivers could reap for putting in their time and effort to train. The trick was to also explain the longer-term value that drivers would earn from their time in training.

“We were sending out information to the drivers, getting excitement, having the fleet recruiters talk to them, and getting them signed up for the courses. We’d always make a point to describe how it would benefit them in their job, what the takeaways were, and how they could add to their resume and their career.”

These types of incentivized “carrots” weren’t actual prizes or giveaways, so JoAnne and her team worked hard to describe how the drivers and managers would benefit in the long-run by adding a host of training certificates to their resume. As they became more adept in their roles, they could take on different jobs and earn more money during their drives. Communicating these longer-term incentives was essential to success.

However, she noted that one of the critical parts to incentivizing training is knowing your audience. “It cannot be too long of a course, especially if it’s online because it just does not keep their attention,” JoAnne says.

Even through these different challenges, JoAnne and her team saw real impact from activating incentivized online training software at CSX.

“It was really, really successful with the employees because from time to time, to ensure that they actually retained the information after a test or after the course, I would send questions out. And we would randomly send to different employees within the region and each one would have to answer the questions. It became fun, where people were actually asking, ‘Joanna, when are your next questions coming out, what’s the next course?’”

When measuring driver accidents, roadside inspections, overall vehicle inspections, and violations, JoAnne and her team also used a system of safety points and rewards to decrease certain types of accidents across the company. “There were less violations because we kept the focus on the drivers,” JoAnne says. “They could always go in and do the training. And, of course, the more they did, the more points they were rewarded. They were always working to increase their training numbers.”

By understanding what motivates the audience of learners, JoAnne and the team at CSX had a tangible impact on the bottom-line numbers of the world-wide company. That’s the power of building a properly incentivized training program.

Thousands of learners use Lessonly every day to learn new material and better themselves in the workplace. See our team learning software for yourself with a self-guided, five-step tour of Lessonly. Sign up today.

Prepping for the Holiday Rush: Measure KPIs that Matter
The Official Saastr Podcast dubs Lessonly “one of the fastest growing startups not in Silicon Valley.”
Do Better Work with an every-so-often, no-nonsense note from our CEO, Max.
About Lessonly
Product
Resources
Help & Support
Top Downloads
1129 E. 16th Street Indianapolis, IN 46202
(317) 469-9194
hello@lessonly.com
© 2022 - Lessonly, Inc. All rights reserved.